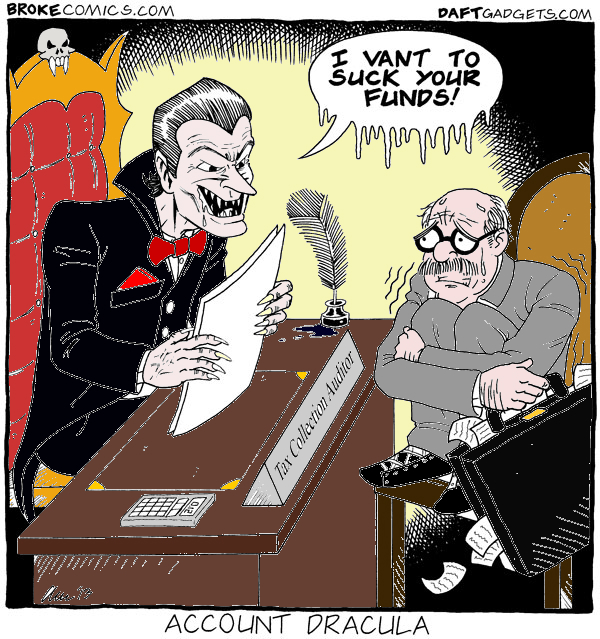 "I Vant To Suck Your Funds!"

They say death and taxes are the only guarantees in life so we might as well accept them.  But the reason why people fear them is because in both cases we don’t know what we are getting.  Now maybe death is one of those things you find out about when you die and maybe it isn’t.  Short of conducting a Flatliners experiment there isn’t much we can do about death, but taxes are another story.

Wouldn’t it be nice if we received a tax bill that showed us what were paying for?  A Tax bill that itemized each dollar amount and showed us clearly where each dollar went?  The way the government operates now is like it’s a giant restaurant where the bill comes first, then after paying, we open up the menu to see out what’s for dinner, but instead find the words “YOU!” listed under “Today’s Specials”