Everyone knows that what makes the sci fi universe fun is their cool gadgets. After all, where would the Star Wars Saga be without the Light Sabre? Probably somewhere between buck rogers and Battlestar Galactica.

Its a universal truth that gadgets make everything more fun, and that’s why science gadgets exist. Because some people find learning “Boring,” Not because learning isn’t fun, but because effort just isn’t as entertaining as it used to be before television was invented. Hence the need for Science Gadgets.

Science toys and gadgets stimulate learning and exploration. Have you ever wondered what the mold on that lunch that was left in the fridge looks like up close? Do you think you can turn it into penicillin? Well, a USB microscope may be your best bet. Do you think telling Girls about the stars in the sky may increase you chances of getting happy time with them? Then learn the fun way with a home planetarium.

Here are just some of the cool science gadgets available at Daft Gadgets. 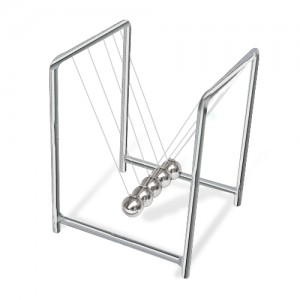 Newton believed that every action has an equal and opposite reaction. So if you punch someone in the face, they will punch you back (unless you are bigger than they are, then they will hold the punch inside deep within their emotions where it will manifest itself as a psychological illness) .  The good news is that if you or someone you know has one of these illnesses, you may be able to get a psychologist to hypnotize you out of it.

Anyone who has watched the Mentalist knows that hypnotizing people is both cool and fun. But what if you could hypnotize yourself? Newtons cradle may help you do just that.

Just think how much better your life would be if you were able to choose to believe whatever you wanted?

Remember shallow Hal? You could could make everyone you date super hot and as a bonus, you may actually get to know their personality?

Ever wanted to take up smoking but were afraid of becoming addicted? All you have to do is hypnotize yourself into believing you are addicted already, then go out and smoke. When you are done, you just remove the hypnotic suggestion that you planted earlier and you’ll be unaddicted to smoking again. Then you can piss off all the other nicotine addicts with stories of how easy it was for you to quit due to your superior will power. (note: this is satire and not a proven method to quit smoking.)

Do you find your boss, coworkers, or partner boring to listen to? If so, you could use Newtons Cradle to master putting yourself into a trance when confronted by boring people. This way you could stare directly into their eyes and still not hear a word of their boring diatribe. Then when its your turn to say something, you just need to quote one of the lines from our bouncing magic 8 ball like: “All signs point to yes” 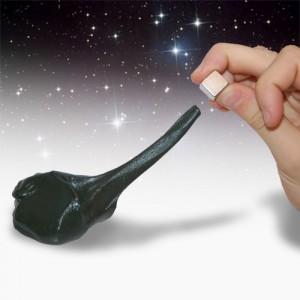 Remember the episode of Star Trek where Tasha Yar got killed by that black putty, its kind of like that except you control its form with Magnets!

Sci Fi lovers have always had a thing for ooze. There is just something sinister about it. The Armus alien that killed Tasha was just one example. There was a black ooze that killed the rafting pervert and his friends in Creepshow 2, and of course the entire movie “The Blob” was about black ooze (much to the disappointment of comic fans). We think its safe to say that you can add black ooze to pretty much any sci fi story and get away with it.

We don’t know exactly what you should use this magnetic ooze for, but that’s the point. You have to use your imagination.

Note: We are not responsible if the ooze is eaten, becomes radio active, sentient, or turns into Brainiac.

Is your employer wasting your life and talents by putting you in a cubicle? If so, there is a solution.

The USB Microscope will let you use the supreme genius intelligence of your brain in ways you never thought possible. After all, what would have happened if nobody realized that a moldy sammich could be turned into penicillin to help save lives?

You have a duty in this life to explore, and since you cant get into outer space yet, the next best thing is to explore the microcosm. Just think of all the things you will find with this USB microscope (we highly recommend “not” using it with an ultraviolet protein detecting light)

Of course you don’t have to use it in the office, you can take it home and inspect your dog, your kids, or your spouse, who knows what types of organisms they have brought home from the outside world?

“note: we are not responsible for any germ paranoia that results from the use of the USB microscope” 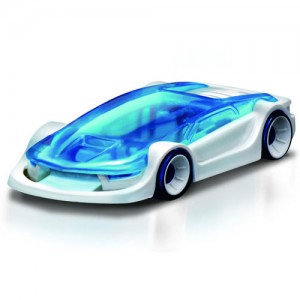 If you are not on the sinister evil genius side of learning with science gadgets you may like something that has a nice warm fuzzy type feeling to it. We’re thinking renewable energy is a great place to start!

The futuristic fuel cell car runs of salt water, and the best part is, you build it yourself! It requires no batteries, electricity, gas, or even sunlight to run.

Prove the theory wrong and start supporting this new technology where ever it pops up.

Science Gadgets and Toys are here to stay. So head over to our Gadget Shop and pick one out. We have science toys for kids that encourage learning, like magnetic puzzles and build your own style projects like the miniature Davinci Catapult Kit. As well there are science gadgets for adults that encourage goofing off (and learning to a lesser extent) Its the best of both worlds.