For Geeky and Oddball Gift Ideas, check out the Daft Gadgets gift shop!

The New iPhone 5 Wasn’t Quite What We Expected

Check out some Unique iPhone Accessories at DaftGadgets.com

So what makes a girlfriend super dead you ask?

Well, two things really. They have to be “Super” in that they are the girlfriend worthy of a super hero (we accept that superheroes can be women, we just couldn’t find any lesbian super heroes for our list), as well they have to die, leaving the hero in a type of agony that only a truly evil villain could create.

Now if you are looking for a list of a bunch of dead superchicks, you might want to try out the site: women in refrigerators, otherwise here we go.

Okay, so she’s hot. No seriously, she actually catches on fire! To top that, she’s also telekinetic, so if you’ve never had a “mind job” you could be in for a real treat. Of course shes also telepathic so you want to make sure you have the discipline to think only “good” thoughts (or the kind of dirty she happens to like).

Originally known as Marvel Girl, Jean Grey may be the most fantasized about “Super Girlfriend” in the comic book universe. This isn’t just because of this new “mind job” type experience she is known for,  she is also known for her loving personality too, depending on who’s telling the story.

Jean Grey went from being the weak marvel girl to becoming the unstoppable “Phoenix.” She did this  by channeling her power of love toward the goal of saving her team members and boyfriend Scott Summers.

By becoming a being of pure thought (kinda like a Buddhist reaching nirvana) Jean Grey gets reborn as “the Phoenix” with immense powers. However, as her new powers corrupt her, she begins to drive for new experiences and becomes a slave to the instantaneous wants of her emotions.

Although we’re sure this had some appealing side effects in the bedroom, the dark side of phoenix became a mass murderer and was killed by her true personality “Jean Grey” by way of suicide when Jean became lucidly present for a brief moment and figured out what her alter ego was up to.

So unfortunately in this case, a mind job is probably out of the question.  But it was worth a thought.

Elektra’s character first appeared in Daredevil #168, during the time of Frank Miller. The daughter of a Greek ambassador; and a college flame of Matt Murdock (DareDevil), Elektra vanished for years after the assassination of her father; only to later become an assassin herself as a tool of the Kingpin

When Elektra was 20 years old, she and her father were kidnapped by terrorists. Here, Matt Murdoch  donned the mask of Daredevil for the first time, and it was in the name of love.

Although Elektra’s father was killed in a police shootout, the emotive encounters between Daredevil and his onetime flame continued years later when she was working for his arch enemy, the kingpin.  This created a love “DeJa Vu” and eventually they fell in love all over again.

Unfortunately, one of Daredevils enemies (Bullseye) ended up stabbing her with her own weapon right around the time their love began to re-bloom, leaving her to crawl back and die in Daredevil’s arms. Daredevil took this to be somewhat traumatic, and would later go into bouts of madness and dementia creating ridiculous resurrection schemes that included digging up her lifeless corpse for necromancy purposes (Yes we said necromancy not necrophiliac)

The tale of Gwen Stacy is very similar to the tale of Mary Jane Watson in the first Spiderman Movie. Essentially the Green Goblin finds out that Peter Parker is Spiderman and seeks to attack his heart.  Doing so, he captures Peter’s first love, Gwen Stacy.

The Goblin later throws her off a bridge leaving  Spiderman to catch her with his webbing. Unfortunately for Gwen, the writers at Marvel Comics decided to obey Newtons laws of motion.  This meant that the sudden stop from free fall caused Gwens neck to snap like a twig, just like real life.  Enraged, Spiderman nearly kills the Green Goblin in retaliation, but in the end stays true to his hero form, just as Gwen would have wanted, leaving the Goblin to get killed by his own glider.

The Death of Gwen Stacy may have been the first where such a loved character both suddenly died and in turn helped deepen and recreate a super hero’s identity. A Pivotal point in the history of comic books, Gwen Stacy’s death brought an end to an era known in the comic book world as: The Silver Age.

Although comic book death can be cheapened by resurrections, and to a lesser extent, parallel universes and dimensions,  some comic book character deaths leave an emotional void in their audience, deepening our connection between fantasy and reality. When a character has this kind of power over a reader, the character’s death makes their life moments and lessons learned, remembered by the reader giving their story immortality. 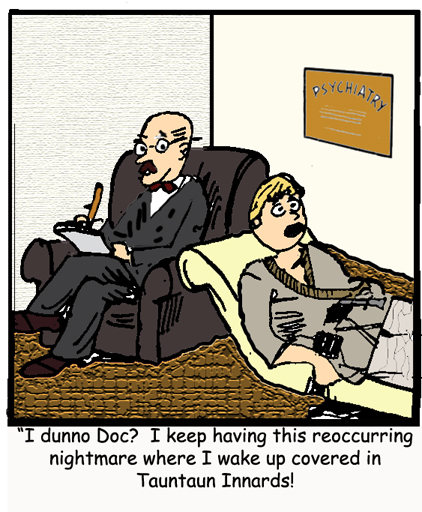