The Return of Persephone by Frederic Leighton (1891).

Although there are a few publicity stunts noted below, we at Daft Gadgets feel that one person in particular deserves a more in depth look into their death and resurrection. 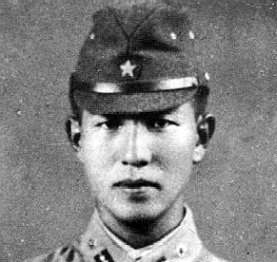 Some of you may remember that old Gilligan’s Island rerun where the crazed Japanese soldier in the submarine takes Gilligan and his island pals hostage, believing that World War II was not over.

What you may not know, is that this crazy sitcom skit wasn’t that far off from the truth.

Officially Declared Dead and Forgotten in 1959, Lieutenant Hiro Onoda (Not to be confused with Hiro “Nakamura”) survived the harsh conditions of the Philippines jungle for over 2 decades.

No, he wasn’t a zombie, he was just an MIA soldier who happened to be too far away to see the fat man drop on Hiroshima. His dedication to the cause of Japan allowed him to keep high morale, while his military training ensured his survival in the jungle.

Onoda, was also not alone. During part of his time in Hades he had three other soldiers with him and was doing quite well strategically capturing Filipinos since most of them were unaware that WWII was still going on.

Although there were numerous attempts to inform Onoda that the war was over (via leaflet) Onoda believed these to be “Propaganda Tricks” and ignored them. Nobody knew what to do about him since he seemed to just randomly show up from the Jungle and disappear, he was after all trained as an Intelligence officer by the commando class “Futamata”.At first, some people thought he was a myth that some kids probably made up, but a shootout with local police in 1972 made some people begin to believe otherwise.

It would take a Japanese college dropout by the name of Norio Suzuki to begin a life quest to find 3 things:

in that exact order.

On February 20th 1974, Onoda and Suzuki met face to face in the Jungle and became friends. He told Onoda about the war but Onoda refused to give up until he received orders from a superior officer.

Suzuki returned to Japan with pictures of himself and Onoda as proof (in case they labeled him a one of those bigfoot crackpots) and the Japanese government in turn, located an old book seller by the name of Taniguchi, previously known as Major Taniguchi and Onoda’s commanding officer.

Major Taniguchi took his final mission and flew to Lubang on March 9th 1974 and ordered Onoda to surrender.

29 years after the end of WWII, Onoda emerged from the jungle and returned home to Japan. There he was welcomed as a hero and would later release his autobiography titled: “No Surrender: My Thirty Year War”

Other people who have been reported dead only to be alive include names like:

In the early 70s, there was a satirical obituary and concert review by Melody Maker magazine. Fans took it as literally as the Orson Wells alien hoax and Mr Cooper was forced to make a public statement that say he was:

“Alive, and drunk as usual” On May 17th 2010 a facebook member named Queen Elizabeth died, leading Danny Kelly BBC Host to play “God Save the Queen” and announce the Queen’s official death. Although meant as a joke, it didn’t go off well with Mr Kelly’s producer.

Apparently the BBC doesn’t endorse that type of sense of humor.

in 1888 Alfred read his obituary which labeled him the “Merchant of Death” The obit was actually a mix up for his brother, but it was enough to cause Alfred to change his will and create what we now know as “The Nobel Prize”

Other notable early obits include; You may remember Luca Barbareschi from the film: “The International” as Umberto Calvini, an arms manufacturer who is an Italian Prime Ministerial candidate.

Or Maybe you don’t, but perhaps you will find the story of his death 28 years earlier a bit more memorable.

Luca was one of four actors believed to have been murdered during the making of the horror film,” Cannibal Holocaust” (not to be confused with the film Cannibal Hectare that doesn’t actually exist) The film was so life like for its time, the Italian police arrested the film’s director Ruggero Deodato for murder, and didn’t release him for an entire year when Luca and the other actors appeared on television stating the murders weren’t a snuff film but a movie. (They didn’t come out to the press earlier because people believing the murders were real gave them free publicity) Mr. Barbareschi later transformed his fame into a political career, becoming a member of the Italian Parliament.