Astral Projection is thought by many to be a form of lucid dreaming. Its the ability to project your body or self image in the “astral plane” or as some would say; “The collective dream consciousness”

Most people, however agree that the astral plane is a place for sentient humans, and not a place for your everyday barn yard animals. After all, eating an astral projection is not likely to fill you up, so cows and chickens don’t really have a place with humans who are traveling the astral plane.

Science can only explain so much in the field of lucid dreaming, but we at Daft Gadgets feel that the evidence in the videos below, speaks for itself. 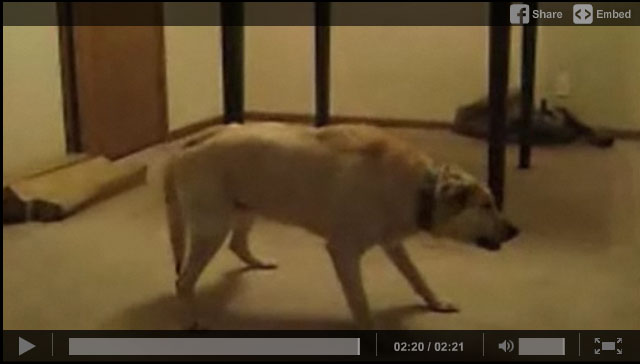 Biscuit hasn’t quite learned how to dream walk without using her body yet. She’s known to rise up like a Zombie and wander around the house while dreaming. Sometimes Biscuit will chase and bark at squirrels or possibly aliens (were not really sure since we don’t go to the same astral plane as her) and on some occasions she will run directly into a wall and wake up (Although she does run much faster on her side than when on her feet)

What do the Experts Say?

Scientists believe that Biscuit suffers from Parasomnia, which may be classified as sleepwalking, night terrors, or Rem Behavior Disorder.

For those of you concerned with Biscuits well being you can rest assured that Biscuit is a professional astral projector and is just fine despite running into numerous walls and obstacles. 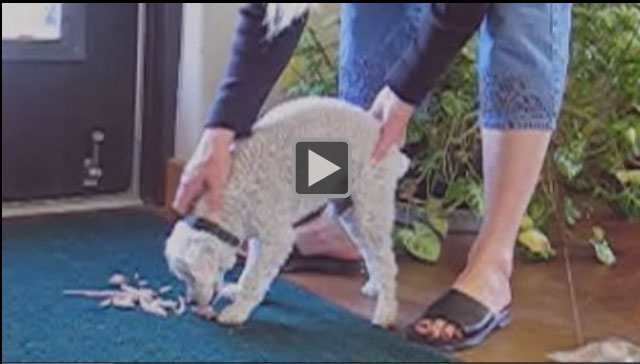 Skeeter was normal for the first 4 years of his life, until he found away to transcend to the astral plane. At any given moment Skeeter can drop into a full REM state joining his fellow lucid dreamers on a trip to the astral park.

If you’ve ever seen a comedy sketch where someone is so tired they pass out in a plate of spaghetti, you’ll have a better idea of what happens to Skeeter.

What do the experts say it is?

The Experts say that Skeeter suffers from Narcolepsy that comes from a malfunctioning gene responsible for wakefulness. This causes Skeeter to skip the light sleep and medium sleeping modes going straight from full wakefulness to deep REM sleep. Kind of like a hypnotist snapping his fingers, except this actually works.

Unfortunately, Skeeter is now on the astral plane full time, since he was hit by a car while falling asleep during a chase. However, his brain was donated to science in the hope that we can learn more about what causes narcolepsy in humans.

And no, we don’t subscribe to the point of view that the scientist who received Skeeters corpse were in fact “Mad Scientists” who conspired to run down skeeter on the road to gain a possible specimen. Okay to be fair this should actually be call “men who blow horns at goats” but you get the idea.

If you’ve seen the Jedi Master George Clooney kill a goat through concentration, then you are aware of the fact that goats can “drop dead” as a moments notice. Of course as we all know, Hollywood has a tendency to exaggerate things from time to time. Exaggerations being dodging bullets, high speed chases, and killing goats through power of thought. The video above however, is no exaggeration.

The Way we see it is that the goats aren’t actually “dropping dead” as much as they are “astral projecting.” Unfortunately for the goats, taking off to the astral plane at the first sign of Danger, isn’t exactly a great way to ensure the survival of your species, which is probably why there are less than 20,000 of these goats left in existence (out of around 450 million goats in total).

What do the Experts Say? 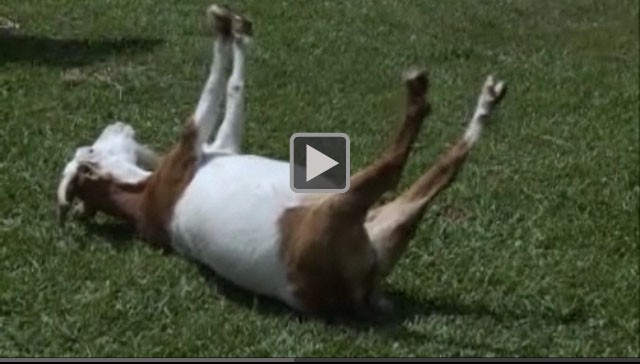 Scientists believe that these goats are “fainting” due to over excitement, kind of like they just saw Elvis in concert. The scientific smart person term for this is called myotonia congenita which causes the goats brain signals to force their muscles to continuously expand and contract, kind of like they were getting tasered.

Needless to say, without human intervention, these goats would most likely be extinct. All Mammals need sleep, and all mammals need air. So how do dolphins sleep without drowning?

Believe it or not, Dolphins don’t breath unless they choose to. Unlike humans who breath naturally without thinking about it, dolphins actually have to make a conscious effort to breathe.

Known as “conscious breathers” dolphins can’t afford to sleep in and be late for breathing, and as we all know electricity and water don’t mix, so alarm clocks are pretty much out of the question. So what does a dolphin do?

The answer. It only turns half its brain off. This means that dolphins are the ultimate lucid dreamers in that they exist both here and on the astral plane simultaneously! Scientists have studied this phenomenon in dolphins, using electroencephalography, which is a method of attaching Frankenstein electrodes to the heads of dolphins in order to measure the electrical impulses during shut down.

We suspect that they found that Dolphins are a pretty “chilled out” and relaxed species.

If you want to chill like a dolphin you can check out the animatronic dolphin in our Daft Gadgets Shop.