If you were going to be a super hero and you could chose the powers of any one animal what would you pick? Pumas can jump 15 feet straight up in the air. Electric eels can generate more volts than the socket in your house. Golden eagles have a crushing grip of almost 500 pounds per square inch. There are lots and lots of incredible animals with super powers. Tigers, bears, elephants, chihuahuas…the list goes on and on. But what about rodents and their kin? The small vermin of the world who lurk in the shadows of the larger, more illustrious members of the league of super animals. Surely you wouldn’t discount the awesome might of the naked mole rat or the cunning of the least weasel. What villain wouldn’t run from the astounding abilities of the shrew? You might be surprised to learn that the bucktoothed, pocket-sized pests of the world are in possession of some awesome abilities. Beware evildoers, lest you incur the wrath of…the rodent!

Behold the naked mole rat of Africa in all its pink, wrinkly glory. What kind of mad skills could this freakish fleshy bratwurst with teeth possibly have you ask? Well, besides it’s incredible ability to be naked and repulsive and disgusting, it was recently discovered that Naked Mole Rats don’t feel pain like the rest of us. Their skin lacks several key neurotransmitters so neither acid nor chili peppers affects them. Apparently they aren’t bothered by itches either, which is just a bonus. Because they live underground there is a lot of excess carbon dioxide that builds up in their burrows making their environment inherently more acidic. They evolved a to turn off the pain that every other animal on the face of the earth feels. So if a villain comes at you with the whole ‘vat of acid’ routine you’re covered.

“Pffft…acid? Really? You’ll have to do better than that fiend.”

Naked mole rats also have an incredible set of chompers. They can move their top two teeth apart or together like chopsticks. And because they’re burrowing animals twenty five percent of their muscles are found in their jaw alone. That’s like taking all the power of one of your legs and putting it in your face. These critters have been known to chew threw cement walls! And to round out their skills they can run just as fast backwards as they can forwards and it seems they’re completely immune to cancer.

“Yes, it is possibly the most hideous mammal on the face of the planet, but that’s a small price to pay for the unearthly gifts of the naked mole rat…but no you’ll never get a date.” 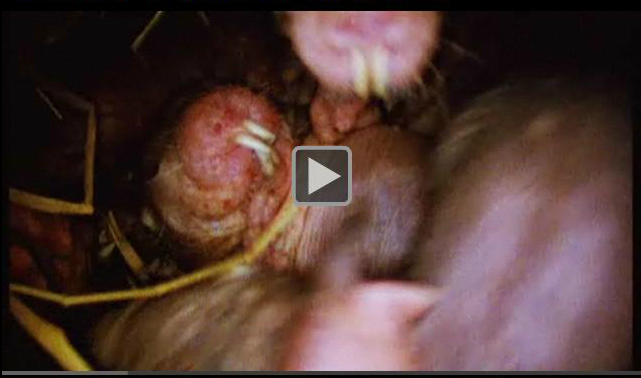 If you’re going to fight against the forces of tyranny, oppression and general unnicedness then you’ll need some invulnerability. Once again, you might turn too more noted animals when looking for toughness. Sure, bears are pretty rugged. Elephants look like they could take quite a beating. Even innocuous critters like turtles or armadillos would appear on the surface to be better choices then rodents. It’s pretty much a general rule that if you step on a mouse or a rat it’s going to die. Unless that fuzzy little toe biter is the hero shrew of central Africa.

For some inexplicable reason these pint sized fur balls have super reinforced skeletons. They have a unique interlocking backbone, which is about 4 times larger than other animals, its size. Science isn’t really sure why but it probably has something to do with gamma radiation and super science gone awry. The end result is that a 160 pound man can stand on a 4 ounce hero shrew without making gooey little rat pancakes. In fact, there’s a tribe in Africa that does exactly this. They believe that this shrew has powers, which of course it does. Go lay beneath Godzilla’s heel and see how well you fair. The toughest animals in the world couldn’t stand up to the crushing forces that the hero shrew just shrugs off. Mouse traps? He laughs at mousetraps. 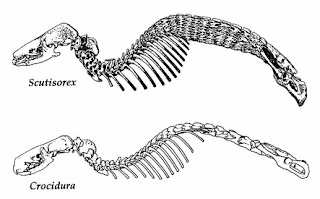 The greatest power of all is often times just the will to fight on when things look bleakest. The courage to laugh in the face of fear and throw down no matter how over matched you might be. Sometimes outright scrappiness and an unyielding determination is all you need to carry the day. Does Batman have powers? Does Captain America need laser eyes? These mere mortals survive and overcome enemies much more powerful than themselves with skill alone. Well the least weasel is what you’d get if Batman and Captain America had a baby together that was somehow turned into an adorable ferret. These are some of the smallest mammalian carnivores on earth and yet they’re able to take down prey 5 to 10 times their size. They’ve been known to subdue full-grown rabbits. That’s like a man stepping into the ring with a two thousand pound moose bare handed. These are fearless little beasts who apparently don’t have the good sense to know that attacking animals ten times your size is a bad idea. No disk shield painted up in patriotic colors. No utility belt full of batarangs. Just teeth, skill and an irrepressible urge to beat other animals senseless no matter how big and bad they are.

“The furry shark of the insect world.”

All shrews are skilled hunters with voracious appetites. However, the most fearsome is the northern short-tailed shrew. First of all they have a supercharged metabolism. The human heart thumps out around 60 beats per minute at rest and maybe twice that when you’re excited or scared. The shrew’s heart fires at an incredible 1200 beats per minute, about double that of the average rodent. So basically take all the speed and hyperactivity of a common mouse and multiply it by 2. The shrew has ungodly speed and stamina but at a high cost. They’ve got to eat three times their weight in food daily or they will starve to death. They can die within hours. 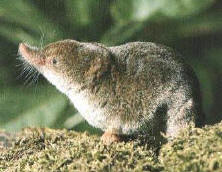 Super speed is just the beginning though. This shrew is also one of a select group of mammals to have mastered echolocation, kind of like dolphins and bats. Since it hunts mostly underground it uses its sonic senses to navigate. But the shrew is doubly unique because it is also one of the few mammals known to be venomous. Its toxicity has been compared to friggin Gila monsters and cobras. It uses this poison to paralyze prey and bring it back to its nest. Bugs and lizards can stay alive for days in the pantry of the shrew. It’s got super speed, paralyzing poison, and echo location all in one snuggly little package. Mother Nature was not pulling any punches when she designed this thing. They probably spit fire too, so don’t get to close.

“I am the darkness made flesh! Vengeance taken shape and substance!”

Ahhh the rat. Everyone knows that rats are one of the world’s premier survivors. They’re everywhere; in every city and town…you might have a rat or two in your house right now (maybe you’re married to one). But there are a few very good reasons why whiskers does so well. Besides being able to climb virtually anything and being extremely smart, rats have very flexible skeletons and can squeeze through a hole the size of a quarter. And they’re whiskers are nearly as sensitive as your hands. They can feel a speck on the wall in absolute darkness. With their skill and smarts they’re experts at breaking into just about anything.

But perhaps the rats greatest ability is the fact that they’re incredibly hard to kill…..

Rats can tread water for three days, fall 50 feet without injury and in laboratories rats have survived nearly twenty days straight without sleep. That means you can flush them down the toilet, throw them off a balcony or play really loud death-metal for a month and they won’t be fazed in the slightest. The rat’s greatest super power is the ability to cheat death. And if you think that’s a little far fetched then consider this: rats can survive electrocution. They have the ability to restart their own heart after chewing on electric wires. There are companies that build electric rat traps. These devices send out 8000 volts and they’ll do this ever few moments to make sure the vermin stays dead because otherwise it’ll just friggen get up and walk away. What mortal creature gets up after being hit by 8000 volts? That’s more than they use to kill prisoners!