Maybe you’ve got the best job in the whole wide world. Maybe you get paid six figures to rub edible body lotion on scantily clad super models. Maybe you’re a world-renowned rocket surgeon with a tattoo of a flaming tornado carved into your tongue. Or maybe you just work in an office performing tasks so menial, repetitive and pointless that they are destroying your very soul. Sometimes work is fulfilling, uplifting, exhilarating. And sometimes you hate your fellow coworkers with the white-hot intensity of a thousand suns. Fear not my friend. We at Daft Gadgets have got you covered. If the day ever arrives were you win the lottery and/or just outright snap then we’ve got a few things that might interest you.

At this point it doesn’t matter if you get fired right? You’re either going to be rich, or you’re on your way to a much better job, or you’ve decided to embrace the philosophies and practices of homeless vagabonds. So if getting canned is no big deal then we recommend going all out with blatantly obnoxiousness. Step one: Do you like popcorn? 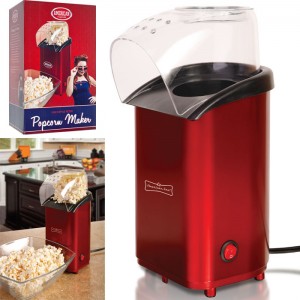 The American Originals Popcorn Maker is a great way to make lots of racket. We suggest putting one on your desk so that you can enjoy the fluffy buttery goodness whenever you want. The innocuous little seeds of corn will detonate once they are subjected to the near super nova-like heat and pressure inside this machine. It is sure to distract everyone around you and it makes a great snack too. You can’t lose! And don’t underestimate the annoyance factor of dropping white flaky crumbs all over the floor or on everyone’s paperwork and then leaving butter-flavored grease on every surface and doorknob you come into contact with.

Couple that with the Da Vinci Catapult and you’ll be able to launch corn kernels anywhere in the office with great speed and precision. It’ll send a pile of seeds hurling up to fifteen feet! You can also use paper clips, breath mints and old chewing gum.

If you’re boss asks why you have a medieval siege weapon on your desk tell him it was the last thing your father gave you before he died tragically and that it inspires you to reach for excellence in all things (wipe away a tear at this point). Then as he turns away in defeat, hit him on the butt with corn.

2-Gadgets for Taking Out Your Boss

If there is one person who has worked extra hard to make you feel especially insignificant and useless it’s your boss. Something will have to be done about him. This may be a bit elaborate but that’s ok. He’s worth it.

First you’ll need some compromising images of him (or his unreasonably hot wife). How can you obtain these without getting caught and/or going to jail?

This mini-dvr video camera stick can record about two hours of footage. Its small size means you can hide it just about anywhere. Stick one in his office and try to get a shot of him picking his nose or adjusting himself. Maybe you know he’s having a secret tryst with his secretary after hours. Maybe he looks at dirty pictures on his computer. He’s a pretty sleazy individual. You’ll catch him doing something. And no, you probably shouldn’t put this camera in the bathroom because that’s just wrong…but then again he did pass you up for that 50 cent pay raise last quarter.

Once you have the picture you’re going to need a place to display it where everyone can get a good long look at it. That’s when you’ll need the help of a friend and the Party blimp.

This three foot long remote control blimp is specially designed to display messages and/or photos. With a range of 300 feet, get a friend to hide in his car or in a neighboring building and have him hover the Party blimp (with humiliating picture attached) outside the windows of your office. Maybe your boss is going to be in a board meeting today. Perhaps he’s with a new customer. With a good picture and fair weather you’re sure to pay your supervisor back for that time he stole your tuna salad out of the fridge. And the best part is that he’ll never know it was you! We’d also like to recommend that you have your mini dvr stick record his inevitable melt down too. Then you can use the audio to make Christmas cards with our voice recording picture post cards. Don’t let these cherished moments pass you by. 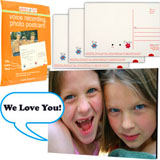 3 – Gadgets for Bringing Your Nemesis To Their Knees

There’s one person in the office that you especially hate and he or she very likely feels the exact same way about you. The constant backstabbing, the brown-nosing, the condescending manner in which they speak and act. This person is a jacktard of epic proportions and he must be humbled.

You can set the PC Prankster to interfere with his mouse at random intervals. Plug it into a free USB port on the back of his computer and then just walk away. He’ll be fighting with it all day long. Before the tech guy comes you’ll need to remove it though. Then put it back in later on. You need your computer repairman to think this guy is crazy so that he just stops coming. At that point you can deploy the most devious part of your plan. Magna Putty. 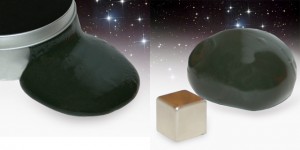 All electronics now-a-days run off of magnets. That’s why it’s really important that you keep them away from your computer, flash drives or cell phones. Unless you’re trying to sabotage some jerkwad who has made your life miserable. Then you want to put magnets everywhere and the best way to do that is with moldable, form fitting Magna Putty. You’ll need a lot of this wonder goop. You want to coat the bottom of your nemeses computer with it. That’s the last place anyone will look. It may take a while to find the right amount. Just keep adding until his machine starts to freak out. And the best part is that technical support will take their sweet time coming to fix the problem because they think he’s just a complainer. And god forbid he ever leave his smart phone hanging around. Then you can just pop the back off, and stick some Magna Putty behind the battery. No more Angry Birds for you buddy! Put Magna Putty under his monitor and stick it on the underside of his drawers where he stores his electrical devices. Saturate his desk with so much magnetism that nothing will ever work right again. And if someone ever does find the putty they probably won’t even know what it is. They’ll just blame him for being a slob. After all, he’s got all those popcorn crumbs on the ground.