Your lips may say no, but your eyes say “yes ,yes”

Only 7% of how we communicate comes from what we say. The other % comes from our body language and mannerisms.

Here is the breakdown:

Unknowingly, your body sends signals that your mind may be unaware of. Those who can pick up on this secret language can develop an almost psychic instinct, either consciously or unconsciously. When we pick up on things like body language unconsciously, we view it as intuition.

Needless to say, reading body language is a great skill for poker.

There are 3 main categories for body language.

We at Daft Gadgets will do our best to take you through the different faces, postures, and poses in each category that could make you the next Nostradamus or Gus Hanson.

Noting says Confidence more than than pyramiding your fingers. The Pyramid is typically thought to be reserved for sinister people like Mr. Burns (the Simpsons) and the Devil to do when they are scheming.

Pyramiding your finger tips is probably taken as an evil gesture simply because it casts out a message of power.  Power being something which has been known to corrupt even the most innocent of us all. 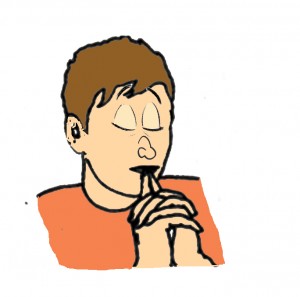 Steepling the fingers show a sign of authority. Like the pyramid, the steeple is used by the Don Corleone’s to contemplate your request. It is very common to steeple the fingers and then touch the lip as one contemplates.

If this is a poker player, contemplating to call an all in, you can bet the other player is getting a bit squeamish. 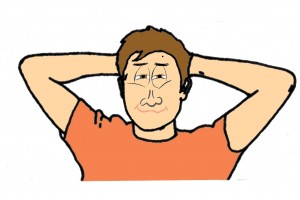 Known as “The Wookie” This stance shows pure confidence and superiority, and usually follows a decisive or “check mate” type move made by the person doing the wookie. It is not uncommon for someone to go into a deep steeple and then follow with wookie in victory.

It gets the name wookie from the movie starwars where Chewbaca is playing space chess with R2D2. Chewbaca gets mad when losing to R2 to which C3PO replies

C-3PO: He made a fair move. Screaming about it can’t help you.

Han Solo: Let him have it. It’s not wise to upset a Wookiee.

C-3PO: But sir, nobody worries about upsetting a droid.

Han Solo: That’s ’cause droids don’t pull people’s arms out of their sockets when they lose. Wookiees are known to do that.

C-3PO: I see your point, sir. I suggest a new strategy, R2: let the Wookiee win.

The Crossed Leg Kicker can be moved into smoothly right after doing a wookie. Here the message is “I’m secure, confident and slightly bored” The kicking, is sort of way for someone to subconsciously amuse themselves, similar to a finger roll or tap. 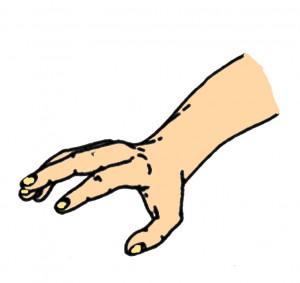 The finger tap shows impatience, and authority. Those who pick up on this language may unfortunately feel pressured in to working harder or acting quicker. This may cause them to make a mistake, to which the finger tapper will get even more tappy.

If you’re performing brain surgery or deactivating a bomb, you want to kick the finger tappers out of your private space, before you end up kicking them in their private place. 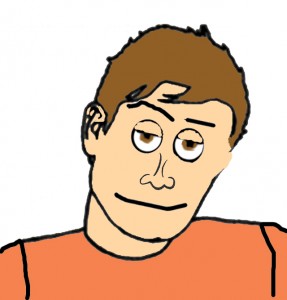 Unlike when someone leans away from you (showing disinterest), the side tilt of someone’s head, shows that someone might be interested in the message they believe you are conveying.  Some people may not pick up on this since the head tilt is commonly associated with zombies and that weird twitching girl from the well in the movie “The Ring” 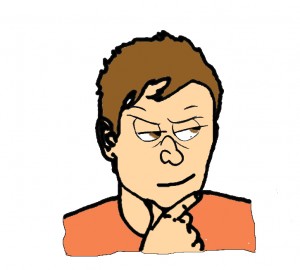 Like the steeple, this move shows contemplation from a position of security. Contrary to belief, chin stroking is not just a way for baby faced bearding hipsters to appear more intellectual. Both Men and Women are guilty of stroking this part of their body (although its seen more often in men than women).

Alternatively they may be up to something. 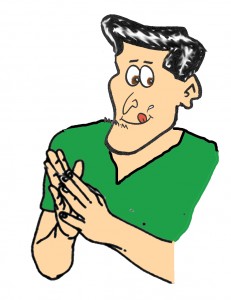 The Hand Rub is a sign of anticipation. This means the person rubbing their hands is expecting something good to come their way. They have bought in to the offer hook line and sinker and now they’re just waiting for delivery.  However, sometimes, they’re just trying to warm up their hands to they can text while outside in the cold.

Every time you communicate with someone. You convey messages with your language, tone, and posture. The primary factor we use in judging others, is how they communicate with us. Learning to interpret and use proper body language can be just as important as learning vocabulary and may just give you a deeper look past the surface during your next human to human engagement.

Now we’re not  saying you can judge a book by its cover, that’s not what we believe in at all.

We’re just saying it helps if you read the dust jacket.

Don’t forget to check out our next article on Ways to read a person like a book part 2  – “Insecure” poses and postures.

Do you know anyone with confident body language?  Are they confident  enough to wear a “Mankini?” Not sure?