Every once in a while, a politician, leader, or dictator will surprise us. We expect them to lie to us, raise taxes, and waste lots of money, but on rare occasions they do something that no one expects. Sometimes we hear touching chicken soup type stories of how the teddy bear got its name after Teddy Roosevelt showed compassion by refusing to shoot a half dead beaten black bear in the face with his shot gun (we added the face part, but we assume the other hunters were asking him for a head shot). Other times we hear stories of people like Turkmenbashi who ordered the construction of an Ice Zoo in the middle of the Dessert, or stories of Boris Yeltsin outside the white house drunk in his underwear trying to get a cab to take him out for pizza. Its the stories like these that leave us scratching our heads asking

“Is this leader kinda cool, or is he just Nuckin’ Futs?”

Claiming to be Baron Samedi, the Voodoo spirit of death, Papa Doc makes the Daft Gadgets list of Crazy or Cool with ease. By no means are we saying that the Voodoo religion holds a monopoly on “Crazy,” in fact we are currently looking to hire an artist to make custom voodoo dolls of our customer’s ex lovers based upon the photographs then send in. We think that voodoo could be the next big thing for our Gadget Shop.
That aside, were pretty sure that Papa Doc was “Nuckin Futs”

His departure from the land of sanity probably occurred during a 9 hour coma he experienced that left him with massive brain damage. Upon awakening, he demanded his successor (Clement Barbot) be arrested.

So, What is so odd about that?

He told his people that they would have trouble finding him because he had transformed himself into a large black dog.

So what was the most logical thing to do?

Well round up all the black dogs and put them to death of course.

After ordering the death of all the black dogs in Haiti, Clement Barbot was found (obviously because there were no black dogs left for his spirit to hide in) It was at this point that Papa Doc had Clement’s head cut off and preserved for Voodoo uses at a later time.

On his death bed, Papa Doc let out one last final secret. He confessed that he was responsible for JFK’s Assassination…..by way of a Voodoo Curse. He also sent one of his people to the U.S.A to visit Kennedy’s grave and “steal the air” around it so that Papa Doc could control JFK’s soul in the afterlife with a spell.

Now as “Cool” as all this sounds, our vote for Papa Doc is on the “Crazy” side.

Jaime Nebot serves as the Mayor of Ecuador’s Largest city, Guayaquil. He has made headlines in Ecuador with various antics. On August 31, 1990. Nebot was heard screaming hysterically during a public broadcast of a parliamentary session. Although screaming in parliament is a very common thing these days, it was Nebots choice of words that earned him fame.

His words were: “Come here so I can pee on you,” and then “I can’t just hit you. I have to pee on you.” The police came in and restrained Nebot who told them he was angry at the back room dealings of the socialist party.

Now as funny as this televised was for us to watch without understanding a word (okay, we could make out a few of the swears) this incident is not the reason he is on our list.

The real reason Nebot is on our Cool or Crazy list is this:

In October of 2003 during a press conference, Nebot decided that the criticism from the press was not only unwarranted, but that it got in the way of his duties as the Mayor, essentially costing the tax payers too much money. Nebot then hired an assistant specifically for the task of addressing the critics from the press.

The person he hired was a parrot.

“I get paid in Crackers”

“Here is the parrot,” he explained, “that will be in charge to answer all the undesirable comments that I have no time to answer! Some people only approach me with nonsense talk, so the parrot will answer back in the same way because I need to use my time to work.”

We don’t know about you, but were putting Nebot in the “Cool” Category. 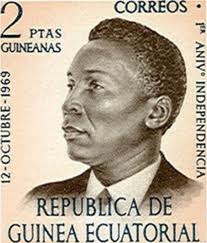 Some people believe that insanity is hereditary. Luckily for Macias Nguema, he didn’t believe in such ridiculous superstitions. Born the son of a witch doctor who killed his younger brother, Francisco became the first President of Equatorial Guinea.

The center of an extreme cult of personality. He was known for doing wonderful things like having entire families and villages executed, punishing critics to 30 year jail terms, making intellectuals illegal and lots of other fun stuff……. like his special Christmas in 1975. We guess he was in the festive mood when he march 150 of his opponents in to a football stadium in Malabo where he lined them all up and shot them dead to Mary Hopkin’s song “Those were the days”

Now, on the surface, it may appear that he was just “Evil” but we feel that two things allow him on to our list of Crazy or Cool.

The first, he banned lubrication in powerplants claiming that his magic powers would keep the place running (which they did until the power plant broke down shrouding the entire capital in darkness). The second, he would indulge in Bhang (buds from a female cannabis plant) and the Hallucinogenic plant known as Iboga, and then have an imaginary tea party with imaginary enemies who he would execute.

As funny as playing the Red Queen in wonderland sounds, we’re putting him in the crazy category

Other politicians and leaders who almost made the Cool or Crazy list include:

Who was tired of being short at around 5 foot 1 and had her legs lengthened to make her 5 foot 4 (or perhaps 5 foot 6 in high heels) which we decided is probably more cool than crazy since she wasn’t that tall.

and of course, it was hard to leave out Gaddafi

who wasn’t just known for his Gaddawful clothing styles, but also for doing things like firing his body guards and replacing them all with female virgins. Which we think is kind of cool, even for a crazy person.