Sometimes we think we are going to get something good only to get tricked at the last second by some bastard impostor.  Scientist call this phenomenon “Mimicry” and sometimes “Aggressive Mimicry” when the impostor is using it as a way to capture or kill something.

We have compiled a list of 5 impostors in nature who really aren’t what they seem at all. 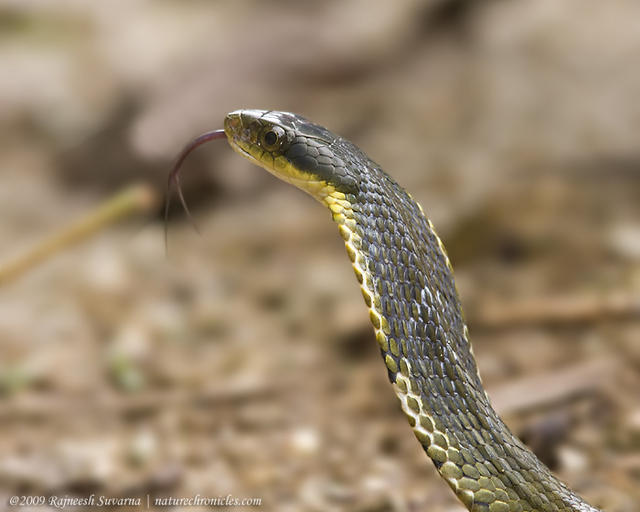 A Frightening venomous hooded cobra! Watch out this thing. A cobra has long fangs, toxic venom and the intelligence to use them. If you;re Hindu, you may think that this “Cobra” is a manifestation of the God “Shiva” and feel the need to kneel down praying to show your respect.

An impersonating bastard who just tricked you into praying to a false god. This harmless pussy assed snake is known by the name (Malpolon Moliensis) or “False Cobra”.  If it has a hood like a cobra and hisses like a cobra its not necessarily a cobra. One distinctive feature that may allow you to tell the difference between the impostor and its deadly friend is that the “False Cobra” has is a black blotch which runs from the cheek to the angle of the jaw. It imitates the Bad ass Cobra like some over confident poser by spreading the skin of its neck making you think that it is badass when really it is totally harmless to humans. On the other side, they may make a good pet since they’re pretty good at keeping rats under control and would probably be a great way to scare off any unsuspecting burglar who breaks into your home.

What it really is:

It pretends to be a foul tasting monarch to hide the fact that its tasty enough to eat. One way to tell the difference is the black line that curves along its hind wing. Now scientists back in the 19th century found the Monarch first and assumed that the viceroy was the Mimic. Unfortunately, they didn’t actually test the theory until 1991, which tossed the theory right out the window. It now appears that the Viceroy is just as awful tasting as the Monarch, so now nobody knows which one is imitating which. Whichever way it is, were not eating either one. That depends on what its hiding from. It will impersonate anything from venomous sole, lion fish, sea snakes, sea anemones, and jellyfish

What is it Really?

Its called a “Mimic” Octopus

Discovered in 1998, The mimic octopus is the first octopus species ever observed to impersonate other animals. It has been known to mimic 15 different species by manipulating and contorting its body beyond the likes of a “Cirque du Soleil” acrobat.   Like other octopi, it can also change color.
Upon observation, the mimic octopus decides which animal to impersonate based upon the scariest thing that’s trying to eat it. If it gets attacked by a damselfish, it will turn into a snake, something that eats damselfish. It does this by turning black and yellow, and burying six of its arms.

The siren song of a woman ready to “get in on”

Like the mythological sirens who lured sailors to their doom with their enchanting voices, the katydids do the same to their prey. The clicking sounds produced by this impostor are so convincing, its like the males are on cricket Viagra chasing females wearing axe body spray for girls. At least spiders kill their mates “after” the act. The Katydid makes the cicadas life nothing short of anti climactic.

A Pink Squiggly worm that looks good enough to eat!